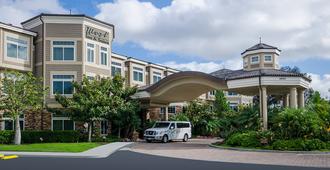 Posición n.º 1
West Inn & Suites
9,1
Excelente 9,1
Basado en 222 comentarios
Detalles
Opiniones
$ 13261
Ver oferta
Four Seasons Residence Club Aviara, North San Diego
Ver todos los detalles
Limpieza
9,9
Confort
9,8
Ubicación
9,2
Servicios
9,6
Personal
9,8
En general 9,5 Excelente
Basado en 34 comentarios
Todas las opiniones
Limpieza
9,9
Confort
9,8
Ubicación
9,2
Servicios
9,6
Personal
9,8
Excelente 8,5
Ventajas: Excellent service--definitely well attended and pampered. Beds are comfortable and maid service spot on. The location of the hotel makes it peaceful, good views, and quiet. But it requires driving around to the beach, any activities, and food is extremely limited in options/budget choices for miles.
Desventajas: There are two parts of the resort, a distance apart on a hill. While they are great about providing shuttles, it does really make a difference. The Summit: where the kids club room is located, so it was important for us to be here. But the pool is smaller, and the spa/restaurant are a distance away. The Meadows: feels a bit swankier, the main lobby of the hotel where to get beach equipment and movies. So staying here might be more central/convenient. NIcer pool and longer food service for pool. 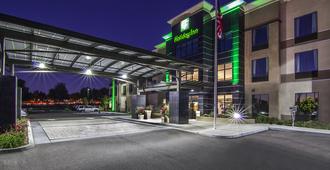 Posición n.º 6
Fairfield Inn & Suites by Marriott San Diego Carlsbad
8,8
Excelente 8,8
Basado en 178 comentarios
Detalles
Opiniones
$ 13623
Ver oferta
Homewood Suites by Hilton Carlsbad-North San Diego County
Ver todos los detalles
Limpieza
8,9
Confort
8,8
Ubicación
8,8
Servicios
8,8
Personal
8,8
En general 8,7 Excelente
Basado en 136 comentarios
Todas las opiniones
Limpieza
8,9
Confort
8,8
Ubicación
8,8
Servicios
8,8
Personal
8,8
Excelente 10,0
Ventajas: Pasamos una noche aquí después de una visita a Legoland. La habitación estaba limpia. El personal era amable. Todo era nuevo. A los niños les encantó. Nos quedamos muy contentos y sin duda me alojaría aquí de nuevo.
Desventajas: Había unas cuantas hormigas en la cocina a la mañana siguiente. A veces pasa. Notificamos a la recepción a la hora de salida.
Excelente 8,0
Desventajas: Familias con niños gritando en el desayuno. No importa si eran las 6 de la mañana o las 8 de la mañana. Debería haber asientos sólo para adultos en el desayuno.
Excelente 8,2
Ventajas: Ubicación, valor, personal amable
Desventajas: Luces automáticas que no se pueden apagar. Me despertó a mí y a mis hijos repetidamente. Llamamos a la recepción y dijeron que podían enviar a un ingeniero, pero mis hijos ya estaban dormidos en la sala de estar. Aparte de esto, es un gran hotel.
Excelente 8,0
Ventajas: My sister recommended this hotel and we were pleased. Room was great; the bathroom is probably one of the bigger one I've seen (you can get out from the shower without almost touching the toilet). Having a functional kitchen is a plus. Continental breakfast is offered which is nice, so I don't have to make an extra stop to feed the kids in the morning. Staff we dealt with are nice and courteous. Our destination is LEGOLAND which is very close by. It is also close by stores like Costco and Target.
Desventajas: Breakfast hour is from 7 - 9, which works for business travel but for family vacation, the hours are too early and I feel rushed to get out of bed and downstairs to grab a bite. This may just be me, but there is no dimmer light in the bedroom side - there are only two very bright one on the nightstand, and you cannot turn on the bathroom light (where the counter is) without the light shining to the beds and disturb whoever is sleeping there. Walls are definitely thin, the room above us was probably doing DDR the whole time we were there and the room next to our bedroom was listening to music all night long. =\
Excelente 8,5
Ventajas: Good location, the staff is friendly, and the rooms are spacious and clean. The free breakfast was very good.
Desventajas: Since there isn’t a full service restaurant, there aren’t any restaurants close by (if you are new to the area). It’s really just located around other hotels. There are no facilities for charging an electric vehicle. There is an outdoor outlet, but it’s located right next to a handicapped parking space. That’s a deal-breaker for us, so we won’t stay there again. There are hotels nearby that do have those stations so they really need to upgrade.
Bueno 7,3
Ventajas: Clean and comfort.
Desventajas: I need some bottle of water in the room which I can buy directly instead of go down to buy it. 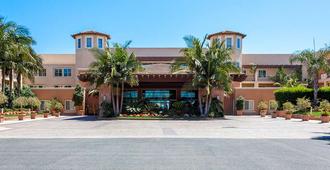 Posición n.º 12
Grand Pacific Palisades
8,4
Excelente 8,4
Basado en 363 comentarios
Detalles
Opiniones
$ 12174
Ver oferta
Residence Inn by Marriott San Diego Carlsbad
Ver todos los detalles
Limpieza
8,9
Confort
8,7
Ubicación
9,0
Servicios
8,6
Personal
9,0
En general 8,7 Excelente
Basado en 39 comentarios
Todas las opiniones
Limpieza
8,9
Confort
8,7
Ubicación
9,0
Servicios
8,6
Personal
9,0
Excelente 10,0
Ventajas: Staff was great. The front desk staff was friendly and helpful with a planned room change and during checkout. Breakfast was good, though the selection was better during the week than on the weekends. Rooms were clean, spacious, and had lots of outlet
Desventajas: The free internet was too slow to be useful. Couldn't even load an email.
Excelente 8,0
Ventajas: The decor of the rooms is contemporary and useful, and the staff is very friendly and accommodating. The free buffet breakfast was consistently good and plentiful.
Desventajas: One the surface the rooms seemed clean. But some of the kitchen dishes and utensils were dirty, Under the tables and inside drawers where I put my clothes were dusty. The room needed a deep cleaning, perhaps the housekeeper had a bad day that day.
Excelente 9,0
Ventajas: The Staff - very friendly. Best 3 star hotel I have ever been, maybe becuase, it was in Cali...lol
Desventajas: Not really...thank you
Bueno 6,0
Ventajas: it had a living room and bedroom
Desventajas: cleanliness it was a pet friendly hotel and you could smell animal in the room. This needs to be cleaned much more!! You should not have any pet friendly rooms with carpet!! They should be all tile or hardwood to keep them smelling better or have designat
Excelente 9,0
Ventajas: There was so much space in my room! It was designed like a suite, with a living room, kitchenette and bedroom/bath. The included "continental" breakfast was more than we could have imagined. It was a full buffet with staff who kept replenishing the items!
Aceptable 4,0
Ventajas: It was a suite
Desventajas: It was very over priced for what it was was a suite but very small almost as if they just added a wall to a regular hotel room and labeled it suite And even though it'S A MARRIOTT Brand it was sorta run down

Posición n.º 13
Residence Inn by Marriott San Diego Carlsbad
8,7
Excelente 8,7
Basado en 39 comentarios
Detalles
Opiniones
$ 16232
Ver oferta
Courtyard by Marriott San Diego Carlsbad
Ver todos los detalles
Limpieza
8,6
Confort
8,6
Ubicación
8,6
Servicios
8,2
Personal
9,2
En general 8,3 Excelente
Basado en 136 comentarios
Todas las opiniones
Limpieza
8,6
Confort
8,6
Ubicación
8,6
Servicios
8,2
Personal
9,2
Excelente 8,5
Ventajas: Buena ubicación,
Desventajas: Grupo cruzando el pasillo
Excelente 10,0
Ventajas: El personal es excelente, me encantó el bistro, hermosa sala
Aceptable 5,7
Desventajas: Pagué por adelantado en línea, luego vimos un cargo adicional de 4.95 dólares en mi tarjeta de crédito directamente desde el hotel. Todavía no sé para lo que era
Bueno 7,0
Ventajas: Ubicación, vestíbulo
Desventajas: La calefacción y EL AIRE ACONDICIONADO en las unidades de la habitación se encendieron y apagaron más fuerte que una locomotora.
Aceptable 4,5
Ventajas: Manager seemed friendly. Cleanliness was okay.
Desventajas: Rooms small, modestly furnished. Despite the balconies shown in pictures of this hotel, I was not able to get a balcony room. Fitness center is modest, only one weight bench. TV in fitness center was broken. No continental breakfast included! Instead you must buy breakfast at the hotel's very lousy restaurant. It took almost 30 minutes for the cook to prepare my simple eggs, the price was way too high for the area, and the food quality was low. Verdict: expensive AND shitty.
Excelente 8,0
Ventajas: The rooms were large and very well kept, more than enough space for a family of 4. Ample parking and amenities like the free wifi, pool, jacuzzi and fitness center were nice to have. The staff were extremely friendly and courteous, and they were very helpful even in the face of my one negative experience with the property.
Desventajas: The one huge flaw was "The Bistro" restaurant breakfast service in the lobby. Our package included breakfast at a very reasonable price, but apparently most of the people in the hotel concurred, because when I went down for breakfast, there was a line of 20+ people waiting to order, and many many more waiting for their orders. All told, there were probably over 100 people either eating, waiting to eat or waiting to order. Apparently they were short staffed because of a couple people called in sick, and according to the staffer I talked to, the kitchen isn't equipped to handle so many orders. It took almost half an hour just to place my order for my family's breakfast. The staffers there were hustling about, very apologetic about the huge delays, but many people were extremely frustrated. It took over 1.5 hours to get our order, *not* including the .5 hour ordering. This is a huge failing of either the training or infrastructure. If the staff either can't handle the order, or aren't trained to handle it, Marriott needs to improve the infrastructure, improve their training, better staff the restaurant or change the menu so that the staff can manage what is being offered.
Aceptable 5,4
Ventajas: Miguel at the front was extremely helpful & kind. As were the Starbucks/bar employees
Desventajas: When we first checked in after a Long flight at 11pm, we were given a room which was already occupied. After going down to the front desk, found out there was someone with a similar name and we all for the same room. There were two of us traveling for work who has just met on the car drive from the airport to the hotel, and the only option they had was a king bed. The next night, we hauled our belongings to a separate room with two queen beds. The morning after, the a/c went out right after we showered making the room extremely hot and muggy. After our two back to back experiences, we were never called by a manager or anyone in charge. We had to call them bc apparently they are only in 9-5. The manager apologized and said they would comp one of the nights for us. Fast forward to 315am, 4 days later, we go to check out and we were still charged for four nights! After about 30 minutes, putting us in panick mode bc we had flights to catch, we were hesitantly given the night. All this and not to mention, it is EXTREMELY outdated. I personally will not be returning.
Excelente 8,0
Ventajas: Quiet, clean and comfortable. The highway is far enough to avoid traffic noise. Nice decor everywhere. Definitely a good business trip hotel.
Desventajas: After exiting the 5 fwy, my gps took me east several miles. I was somewhat surprised and disappointed with how far the hotel was from all beaches. Breakfast was 'meh'.