Posición n.º 1
Courtyard by Marriott Wichita Falls
8,8
Excelente 8,8
Basado en 248 comentarios
Detalles
Opiniones
$ 12240
Ver oferta
Candlewood Suites Wichita Falls at Maurine Street
Ver todos los detalles
Limpieza
9,0
Confort
8,9
Ubicación
8,8
Servicios
9,0
Personal
9,3
En general 8,9 Excelente
Basado en 34 comentarios
Todas las opiniones
Limpieza
9,0
Confort
8,9
Ubicación
8,8
Servicios
9,0
Personal
9,3
Malo 1,0
Ventajas: This hotel was disgusting
Desventajas: People didnâ€™t clean up after their dogs. The staff was rude when I had to call for new pillow cases because there was blood on one of our pillows which led me to believe the bedding wasnâ€™t changed at all.
Bueno 7,0
Ventajas: Front desk clerks were courteous and friendly.
Desventajas: Location and parking poor.
Excelente 10,0
Ventajas: From the moment we arrived to the time we left we were very pleased with our stay. We were looking for a place to be able to enjoy our visit with our kids in Wichita Falls and our 1 bedroom king suite met all our expectations.we will stay there again.
Desventajas: No we did not have even 1 small negative experience.
Excelente 10,0
Ventajas: How clean it was, the hospitality of the staff, and the size of the room.
Desventajas: We reserved a king size bed, and were given a queen.
Excelente 8,0
Desventajas: Noisy room: noisy A/C and noisy the fridge. The mattress was so-so. 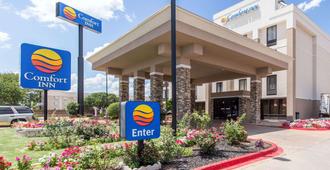 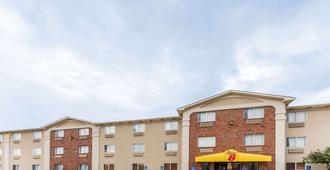 Posición n.º 6
Econo Lodge Wichita Falls
7,6
Bueno 7,6
Basado en 122 comentarios
Detalles
Opiniones
$ 4153
Ver oferta
Quality Inn and Suites Wichita Falls I-44
Ver todos los detalles
Limpieza
7,2
Confort
7,5
Ubicación
7,8
Servicios
7,1
Personal
8,0
En general 7,5 Bueno
Basado en 247 comentarios
Todas las opiniones
Limpieza
7,2
Confort
7,5
Ubicación
7,8
Servicios
7,1
Personal
8,0
Aceptable 5,1
Desventajas: Sucia. Simple
Excelente 10,0
Ventajas: El personal de recepción y la señora que hizo el desayuno eran muy amables.
Excelente 9,4
Ventajas: Bonita habitación grande que estaba limpia y era cómoda.
Desventajas: Había un poco de óxido alrededor del anillo de la bañera
Bueno 7,0
Ventajas: Era agradable
Desventajas: Con extrema dificultad. Temperatura del agua nunca frío. Sabía horrible.
Mediocre 3,7
Ventajas: Surprised that our single Queen reservation ended up being a king bed. And still had plenty of room for our pack and play.
Desventajas: Our room seemed to be a handicapped room, which meant that shower had a ramp into it, and all the water from the shower ran out into the rest of the bathroom. The bathroom floor was very sticky, probably because of this issue. The air conditioner was so loud we had to turn it off in the middle of the night because it kept waking us up. Our room had an adjoining door to another room which had a bunch of very loud and obnoxious people being crazy until very late hours of the night. The whole room even with air conditioning on was really humid and everything felt wet. Both times that my husband went to the front desk, the worker was on a personal call and made him wait for her to finish. Not a pleasant stay
Mediocre 3,4
Ventajas: Waffle maker was about the only good thing.
Desventajas: Smelt bad. It was dirty. Dead bugs on the steps and had a bad funk on the first floor. Breakfast was terrible. I think the "eggs" were a little old. I had booked a single queen bed. They tried to stick me in a full size bed. Told the guy at the desk, Josiah, what I booked and expected to get. He then gave me a different room "at no extra cost." Oh, thank you for not charging me extra for something I already paid for. Your hospitality is too kind, sir. Dont even bother expecting for the pool. It was about double the size of someone's bath tub. This place is a joke. Posición n.º 13
OYO Hotel Wichita Falls - Hwy 287
6,3
Bueno 6,3
Basado en 54 comentarios
Detalles
Opiniones
$ 3862
Ver oferta
Howard Johnson by Wyndham Wichita Falls
Ver todos los detalles
Limpieza
6,4
Confort
6,3
Ubicación
6,7
Servicios
5,7
Personal
6,2
En general 6,2 Bueno
Basado en 247 comentarios
Todas las opiniones
Limpieza
6,4
Confort
6,3
Ubicación
6,7
Servicios
5,7
Personal
6,2
Aceptable 4,5
Ventajas: Ubicación.
Desventajas: El inodoro parado e inundado. Era una habitación de mierda y, sin duda, no vale la pena lo que pagué. Fue horrible.
Aceptable 4,2
Ventajas: Ubicación
Desventajas: Rota tapa inodoro, a.c. tenía un entorno bajo
Mediocre 3,1
Ventajas: Only thing I liked was the location
Desventajas: The room was very filthy, hair in the sink, whenever they were supposed to clean my room, they took all the towels didn’t leave any, didn’t change the bedding didn’t vacuum had to change rooms the air quit working and the TV didn’t have a clear picture lines going through it. When I changed rooms the towels were dirty that were in the room I didn’t even take a shower! The pool wasn’t up and running did not have Breakfast like advertised The freezer was froze over and did not work . I will never stay there again worst experience ever The pictures you have of the facility is nothing like the real thing.
Aceptable 4,5
Ventajas: Air conditioner worked well. Room had a coffee machine. Shower had decent water pressure. Pretty cheap for two beds.
Desventajas: After a long day of driving I just wanted to get into the room and pass out. Lugged my suitcase up the stairs to the room all the way at the end of the hall. Keycard didn't work. Tried several times, even had a neighboring guest who was loitering on the balcony take a shot at it. Walked back to the office, which is on the complete opposite end of the compound from my room. Got a new keycard. Trudged all the way back to my room. New keycard didn't work either. Back to the office. They said the battery in the keycard reader had probably died. Had the clerk walk with me to the room and open the door with his master key. Didn't replace the battery in the keycard reader, though. This meant I couldn't leave the room at all if I didn't want to be locked out. It's a strange feeling, being trapped in a room you're paying for. But whatever. Fell asleep almost instantly and slept like a baby the whole night through, so there's that. I was kind of expecting to see some insects, just because it seemed like the kind of place, but luckily I couldn't spot any. Had no more complaints, until the next day when I saw how filthy the pool was. So much for that invigorating morning swim. I haven't slept at many (maybe any?) other Howard Johnsons, but I expected a little better from a recognized national chain.