Posición n.º 1
Yodia Heritage Hotel
8,9
Excelente 8,9
Basado en 92 comentarios
Detalles
Opiniones
$ 6780
Ver oferta
Pattara Resort & Spa
Ver todos los detalles
Limpieza
8,7
Confort
8,9
Ubicación
8,4
Servicios
8,8
Personal
8,4
En general 8,5 Excelente
Basado en 213 comentarios
Todas las opiniones
Limpieza
8,7
Confort
8,9
Ubicación
8,4
Servicios
8,8
Personal
8,4
Bueno 7,7
Ventajas: The staff and the location. Firstly the staff are very good indead. Most helpful at all times. The location, a reaceful haven in town. It was difficult to remember that we were not out in the country side.
Desventajas: Leaving! Could have and should have stayed longer. 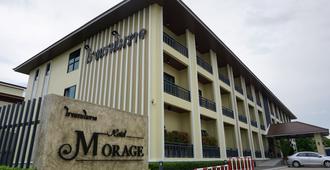 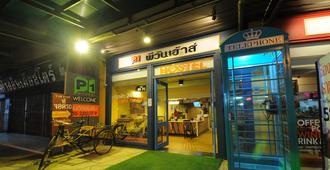 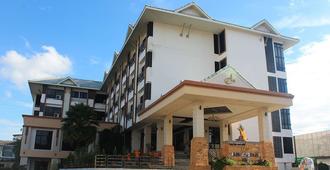 Posición n.º 10
Ayara Grand Palace Hotel
7,5
Bueno 7,5
Basado en 87 comentarios
Detalles
Opiniones
$ 2669
Ver oferta
Nanchao Hotel
Ver todos los detalles
Limpieza
7,7
Confort
7,9
Ubicación
8,1
Servicios
6,7
Personal
8,3
En general 7,6 Bueno
Basado en 13 comentarios
Todas las opiniones
Limpieza
7,7
Confort
7,9
Ubicación
8,1
Servicios
6,7
Personal
8,3
Bueno 6,8
Ventajas: It's about 30 minutes walk from the center of Phitsanulok Close to a few ok bars, night market, Phitsanulok Walking Street, etc The provided breakfast wasn't the greatest, but it was good enough and filled me up well enough to power me through the day. Also, the hotel was basically empty the whole time I was there, so it was quiet and peaceful. I'll put this as a pro, but it's up to your preferences. The "spa" isn't really a spa. Found that out the "hard" way. Given the location and price though, I would not be opposed to stay again. The staff was very friendly the whole time and all things considered, it wasn't a bad stay.
Desventajas: Although the pictures online made it look flattering, the rooms were not great at all. They were clean, don't get me wrong, but the mattresses were very cheap and kind of uncomfortable, the mini fridge looked like something from the 70's, the comforter was thin. The bathroom was also pretty run-down. The shower tiling looked poorly done too, if you like hot showers, it takes a little while for the water to heat up. The toilet had a "poor man's bidet", not exactly sure what it was intended for, but it's basically a kitchen sink sprayer attached to the wall, I just assumed it's supposed to be a bidet and I didn't use it. Even one of the spa girls commented that the rooms are not very nice, but she did say that the rooms on the 7th floor are much nicer, but I didn't see any way to book those, at least not online. The bar onsite was pretty much a joke. Beers were cheap, but nothing but older people go there. A waste of time.